List of 10 Best Cement Companies in India by Market Cap

List of 10 Best Cement Companies in India by Net Profit.

25 Top Cement Companies in India As Per Rate

Best Cement in India As Per Production

Best Cement in India As per Revenue

UltraTech Cement Ltd is an Indian cement company in Mumbai. It is the largest manufacturer of white cement, grey cement and ready-mix concrete (RMC) in India. It is best cement in India.

It is also leading cement producers globally, and outside of China to have more than 100 million tones capacity in one country. Ultra tech is the subsidiary of Grasim Industry which is owned by Aditya Birla Group. 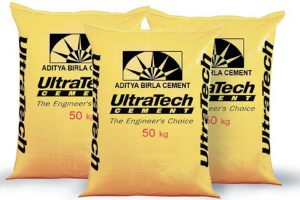 It has a consolidated capacity of 116.75 MTPA of grey cement. Its operations span across India, UAE, Bahrain and Sri Lanka.

UltraTech is the largest manufacturer of concrete in India With 100+ Ready Mix Concrete (RMC) plants in 39 cities. It is the 1st leading cement companies in India as per Revenue.

ACC stands for Associate Cement Companies. ACC Limited is one of the leading manufacturers of cement in India. It is the 2nd leading cement company in India.

It has 17 cement plants, 09 captive power Plants, 90+ ready mix concrete plants, 6,643 and above employees, a vast distribution network of 50,000+ dealers & retailers and a countrywide spread of sales offices.

In 2005, ACC cement became part of the Holcim Group of Switzerland. Subsequently, in 2015, Holcim and Lafarge came together in a merger to form Lafarge Holcim – the global leader in building materials and solutions.

ACC has rich experience in mining, being the largest user of limestone.

As one of the largest cement producers in India, it is also among the biggest customers of the domestic coal industry, of Indian Railways, and a considerable user of the country’s road transport network services for inward and outward movement of materials and products.

Shree Cement is an Indian cement manufacturer started in Beawar, Ajmer district, Rajasthan, in 1979 and headquartered in Kolkata. It is one of the biggest cement brands in Northern India.

It has 8 cement manufacturing plants and 5411+ employees in its abode.

Plants are located in Laksar (Roorkee) in Uttarakhand, Raipur in Chhattisgarh, Beawar, Ras, Khushkhera, Jobner (Jaipur) and Suratgarh in Rajasthan, Panipat in Haryana, Bulandshahar in UP, and Aurangabad in Bihar.

Ambuja Cement was started in 1983 by Narotam Sekhsaria and Suresh Neotia, two traders with very little knowledge of cement or manufacturing.

Ambuja Cements Ltd is part of the global conglomerate LafargeHolcim. It is one of the leading cement companies in India and is known for its hassle-free, home-building solutions.

The company has a partnership with Holcim, the second-largest cement manufacturer in the world from 2006.

Holcim had, in January, bought a 14.8 per cent promoters’ stake in the GACL for INR 21.4 billion. Currently, Holcim holds 61.62% of shares in Ambuja Cements.

From one plant with a capacity of 700,000 TPA in 1986 to a cement giant with 8 cement grinding units and 5 integrated cement manufacturing plants with a total capacity of 29.65 MTPA in 2016.

JK cement started in 1975, and its first production plant in Rajasthan. JK Cement has an in-house team of talented and professional people who work to deliver high-quality cement.

JK White Cement is the second-largest manufacturer of white cement in India, with an annual capacity of 6, 18,000 tonnes and the company is also the leading producer of wall putty in the country. 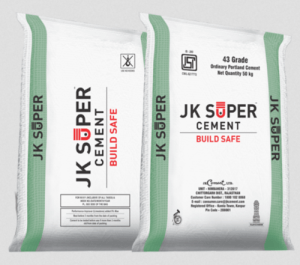 It manufactures grey cement in three facilities located at Gotan, Nimbahera and Mangrol in the state of Rajasthan in Northern India.

It also has one grey cement facility at jharli, Dist:Jhajjar, Haryana and one in Muddapur, Dist: Bagalkot, Karnataka.

Its plants have obtained many accolades and recognition, the most noteworthy being IMS Comprising of ISO-9001:2008 for QMS and ISO-14001:2004 for EMS for the grey cement facility at Nimbahera and Mangrol.

The Ramco Cements Ltd is the flagship company of the Ramco Group, a well-known business group of South India. It is headquartered at Chennai.

The main product of this company is Portland cement, manufactured in eight states of the art production facilities that include Grinding units and Integrated Cement plants with a current total production capacity of 16.45 MTPA(out of which satellite grinding units capacity alone is 4 MTPA).

They had the vision to inspire dreams for an industrial India, the ability to translate those dreams into reality and the ability to build enduring relationships and the future.

From 2 plant company having a capacity of just 1.3 MTPA in 1989, India Cements has robustly grown in the last two decades to a total capacity of 15.5 million tonnes per annum.

After the approval of a Scheme of Amalgamation and arrangement between Trinetra Cement Ltd and Trishul Concrete Products Ltd with The India Cements Ltd, all the cement assets have come under one roof – India Cements.

India Cements has now 8 integrated cement plants in Tamil Nadu, Telangana, Andhra Pradesh and Rajasthan and two grinding units, one each in Tamil Nadu and Maharashtra.

JK Lakshmi Cement Limited stands tall with an annual turnover of about Rs. 4000 Crores and impressive production of 13.30 million tonnes per annum.

They weigh less, are larger than traditional bricks and easy to work, with their unique tongue and groove feature.

Established in 1979, Orient Cement was formerly, a part of Orient Paper & Industries.

It was demerged in the year 2012, and since then, it has emerged as one of the fastest-growing and leading cement manufacturers in India.

Orient Cement began cement production in the year 1982 at Devapur in Adilabad District, Telangana. In 1997, a split-grinding unit was added at Nashirabad in Jalgaon, Maharashtra.

The Company has its operations in Central India at Damoh (Madhya Pradesh), Jhansi (Uttar Pradesh) and in Southern India at Ammasandra (Karnataka).

The Company increased its capacity to 5.4 million tones p.a. through the expansion of its facilities in Central India in 2013.

The new manufacturing capacity has enabled the Company to increase its market share in Central India, i.e. Madhya Pradesh and Uttar Pradesh and in markets of Bihar, Haryana and Uttarakhand.

The Heidelberg Cement Group is a global market leader in aggregates and a prominent player in the fields of cement, concrete and other downstream activities, ranking as one of the world’s largest manufacturers of building materials.

Hey, I am Sandhya Rajput. The Girl Behind Techzscience. I started this site to spread knowledge about Top Cement Companies. I am a Master’s Degree Holder in Computer Applications.

At TechzScience, we clarify technology and publish all the top ten cement companies.